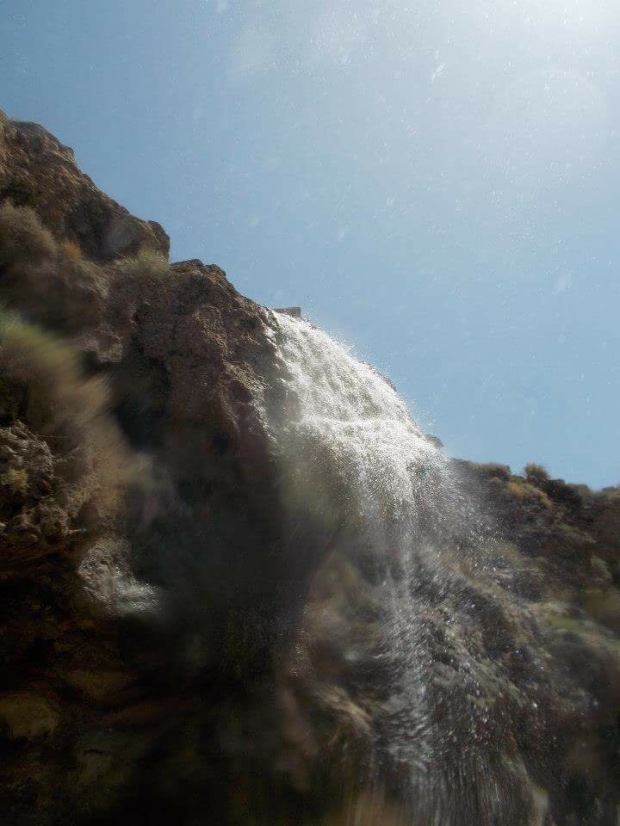 In our last few days in the Dead Sea, we heard about these local hot springs which were meant to have incredible therapeutic powers. So on our second to last day, we got in the car and went to explore. After a long, steep drive up a winding road into the mountains, we came upon the sign for Ma’in Springs. There are two options when visiting the springs – the smart looking Evason spa hotel entrance or what is considered the “local” part. We opted for the local ones, paying a fraction of the price, and carried on up the road to park.

Having heard that the local part wasn’t very touristy, and being aware that while RBJ blends in somewhat with the locals, I definitely do not, I opted for leggings and a tshirt and arrived fully covered. However, although we were one of only a handful of tourists there, the locals didn’t seem to even notice us and while a few engaged us in conversation, they pretty much left us to our own devices. So I wore my normal bikini in the water without feeling self conscious at all.

Ma’in Spring is the lowest thermal spring in the world. It consists of lots of little pools, joined together under one spectacular waterfall. The waterfall is in fact the thermal spring, starting at the top of the mountains and thundering down into the pools below, where people gather to enjoy what is believed the be the healing waters of Ma’in. Men, women and children of all ages were entering the water and either bathing or standing or lying down on the rocks underneath the waterfall. 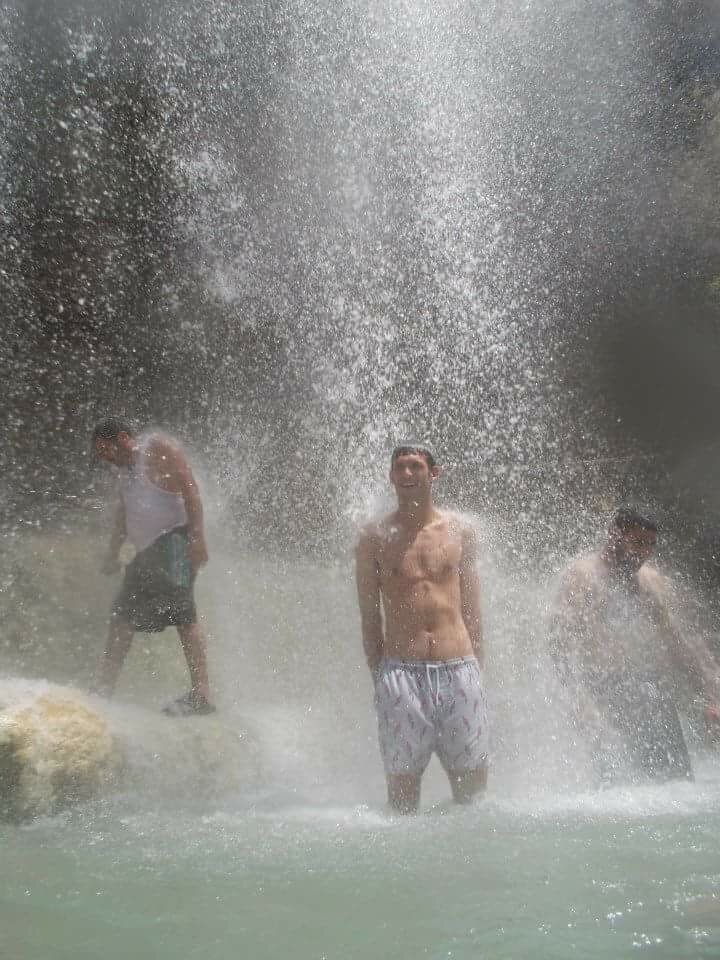 We sat and watched for a bit before plucking up the courage and heading in ourselves. Like true novices, we made the error of instantly going in at the hottest part and seriously burning our feet in what was BOILING HOT water. Lesson learned, we went round the other side and worked our way up from the cooler waters to the hottest pool. We then waited our turn before taking our chances under the waterfalls which were deafeningly loud and incredibly powerful! In certain bits the jets were so strong that my skin started to itch, not to mention a few close mishaps with my bikini being pulled down! At the very top we also discovered a little cave which, with the steam of the water, became like a sauna cave. 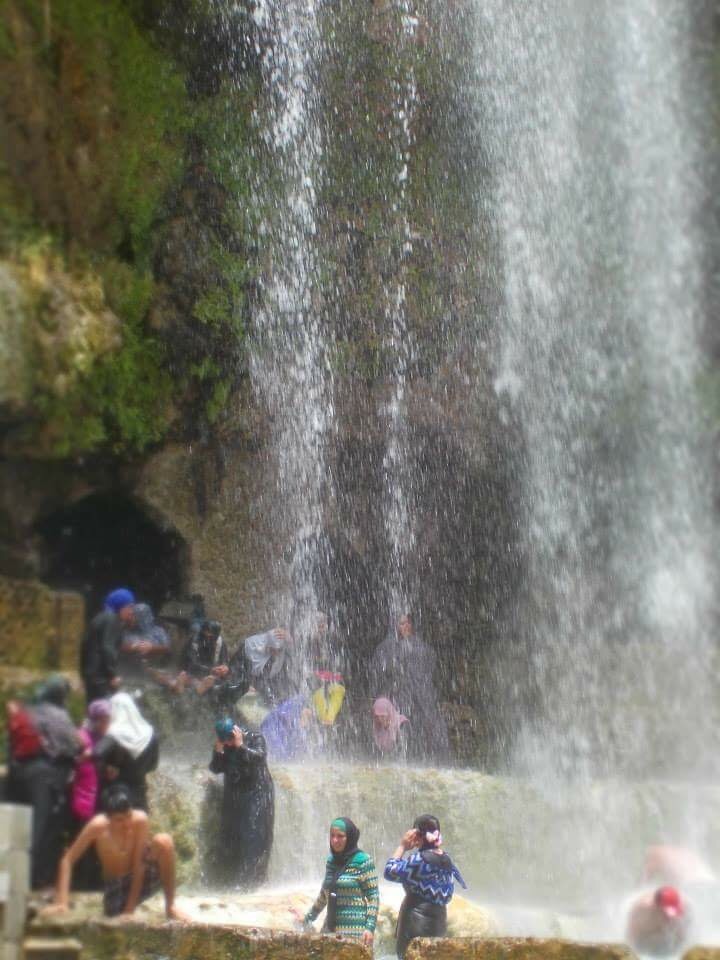 My favourite thing about Ma’in were the people. It felt like everyone was enjoying themselves and it didn’t feel like there was a forced segregation of men in one place and women in another. The women were in the water in their full burkas and were laughing and chatting together. It was really interesting seeing the dynamics and doing a bit of people watching. There was one particular old lady who clearly was struggling to walk. She was helped into the water by a young guy who we assumed was her son and then she went and lay under the strongest stream of water for ages, clearly believing that the water would help soothe and heal her ailments. Again whilst fully dressed from head to toe in her burka.

Ma’in was the perfect contrast to the experience we had at the Dead Sea; it was very rough round the edges and was nature left exactly as it was found – algae and all! Unlike the Dead Sea which is being exploited for the incredible natural wonder that it is and has become such a tourist attraction. I loved being able to bathe with the locals and feel like I was seeing something of a true Jordanian lifestyle. Perhaps if we had visited the local beach at the Dead Sea we would have found the same thing but sadly we never did.

I’d recommend anyone visiting the Dead Sea region to go to Ma’in Spring yourself check it out. It could easily be done as a day trip from Amman too. I don’t know if the water was necessarily “healing” however I felt very relaxed after!